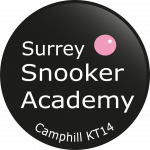 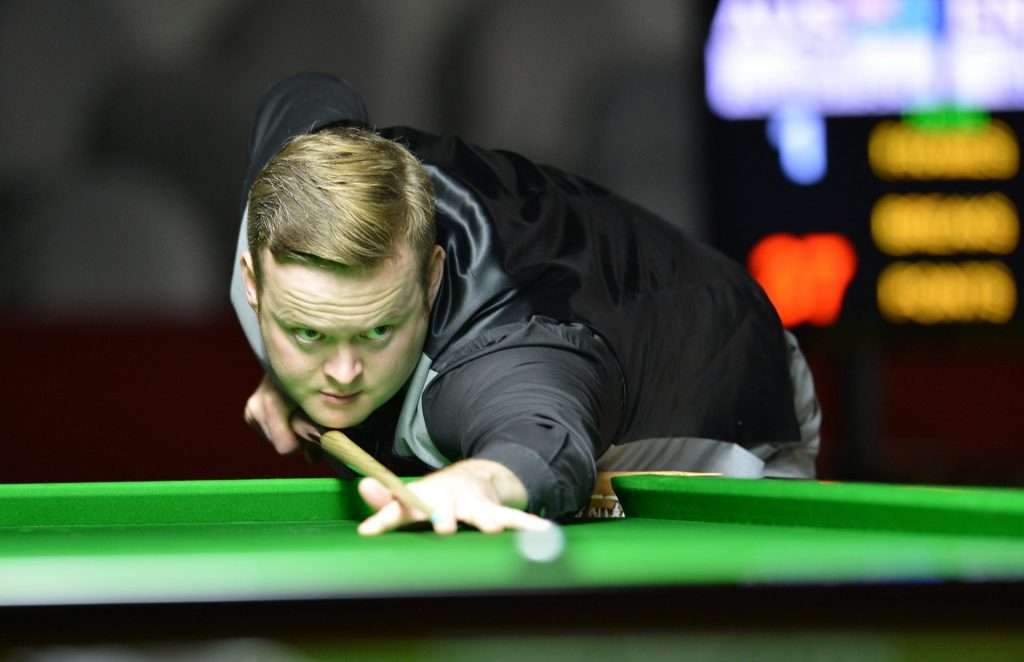 AN ARTICLE ABOUT THE BRIDGE HAND: It’s a weird world when what people seem to want Google to tell them is why snooker players tap their middle fingers. Shaun Murphy’s tweet might have started it all off. Most of the speculation seems to be that it calms the nerves in some way but who knows? And does it matter Shaun? One thing’s for sure; what you do with your bridge hand is crucial to your game. I’m going to tell you everything I know in this short post.

Is there a “perfect” bridge hand?

Over the years I’ve noticed many weird and wonderful bridge hands; one player let the cue travel between their knuckles, another stuck to the loop bridge all frame long and one even held theirs upside-down!  There are some players whose hands are quite a way from the white, whilst others hold theirs really close. All of these variations are due to the player’s height, arm-length, length of their cue, where their grip is positioned on the cue and, of course, their potting success rate.

In my opinion, the most consistently successful bridge is one where it’s not only solid but at a distance from the white that allows your follow through to be between 4 – 7 inches. The shape and position of the fingers can also differ and is down to personal preference but spreading the fingers evenly will help stability.

What do the professionals do?

If you watch the professionals on television you will see many styles, yet the old saying “whatever works” is very true. Perhaps it was Tony Meo who prompted Shaun to ask the Twittersphere why snooker players tap their middle fingers. His went up and down like a donkey’s hind leg! Or maybe it was Joe Perry. Watch his middle finger tap in the video clip in my blog on heated tables.

Former Triple-crown winner Terry Griffiths had a very different bridge. He held his first and second finger together and his third and fourth together with a gap between the pairs. The snooker player’s version of a Vulcan salute you might say. Maximum-man Willie Thorne had a turned bridge hand so that only half of his palm was on the cloth. Both of these variations must have been solid and comfortable for the players, even if they were unique.

What I’ve noticed with young junior beginners is that they often hold their thumb too far from their index finger. This can cause the cue to wobble. I always advise youngsters that their thumb and their index finger should stick together like best friends. That way the cue will be able to travel straight as it runs between them. After planting the bridge hand on the table, moving the index finger to the right helps it join up with the thumb.

Less experienced players will often raise their palm off the cloth when trying to apply top-spin. This makes the bridge unstable, especially for power shots. Palm on the table is crucial! Raise or lower your knuckles to get the tip of your cue to its desired position on the white. The only exception to this is when you need to bridge over an intervening ball or play a swerve shot. When that’s needed, lift your bridge hand onto its finger tips and aim downwards to impart any spin that you need.

or close to the cushion the loop bridge (where the index finger is looped over the top of the cue) can help stabilise the shot.

In my many years of coaching, there are the two common mistakes I see most often:

Firstly the bridge hand is so far back that it causes less follow through and jabs the white. There is little chance of applying the right amount of spin if you jab the cue ball and it’s harder to keep your cue straight (waggling) with a large backswing.

Secondly, the bridge hand moves as the cue is delivered; either because the player changes their aim at the last moment or simply hasn’t planted their hand firmly enough.

If the reason why snooker players tap their middle fingers is still bothering you, the best answer I can provide (apart from suggesting you get out more) is that it’s part of some players’ pre-shot routine. It might be a habit they unconsciously developed in the same way as some golfers wiggle their club head before they putt. By all means do it if it helps you but, for me, it’s as idiosyncratic as the way Ronnie O’Sullivan sticks out his lower lip or Mark Williams blinks his eyes.

Hope this was helpful. 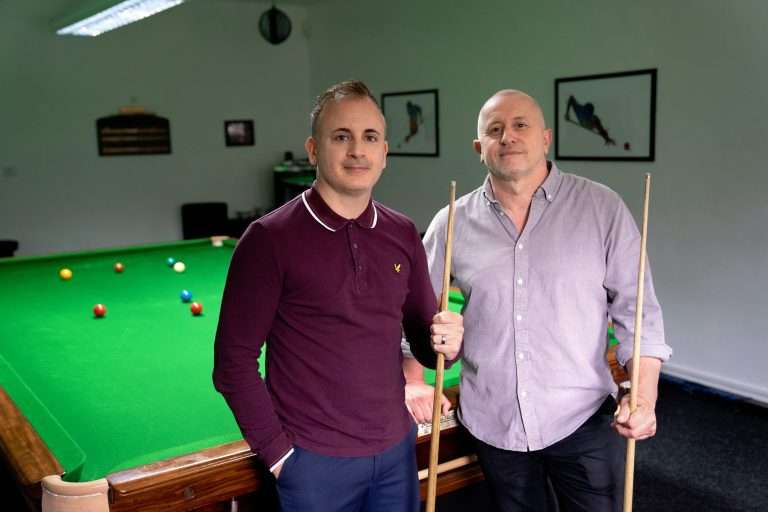 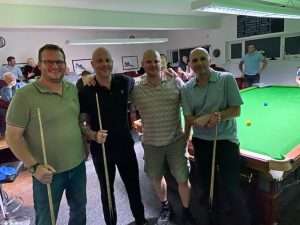 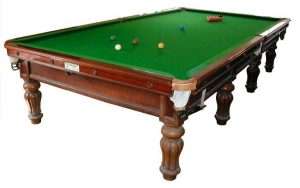